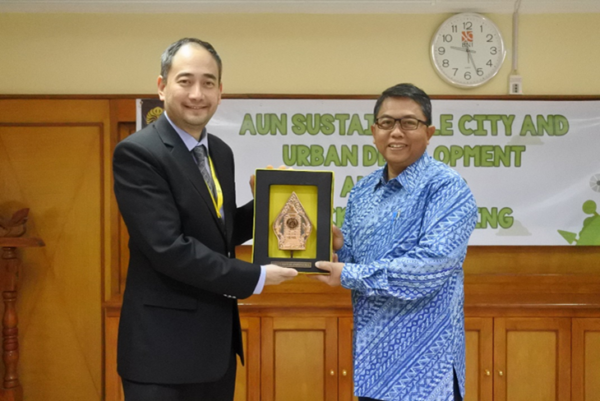 Dr. Choltis anticipates the outcome of AUN-SCUD creates a stronger cooperation between AUN members for research in city sustainability.

Prof. Dr. Ir. Dedi Priadi, DEA, Dean of Engineering Faculty of Universitas Indonesia delivered the welcoming remarks. He raised an issue that in academia world there is a little communication and knowledge exchange between different fields of study, and thus it is expected that AUN-SCUD to bridge multi-discipline academia and the ASEAN communities. 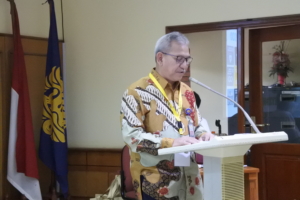 The main agenda of the kickoff meeting was the establishment of the AUN-SCUD organizational structure. The meeting also acknowledged the forming of five research clusters to accommodate researchers focusing on their discipline but with shared goal on sustainable urban development.

The meeting also discussed AUN-SCUD programs and events for 2018. One of the anticipated is the 1st AUN-SCUD International Conference in mid 2018, where it is expected to be held in Malaysia. 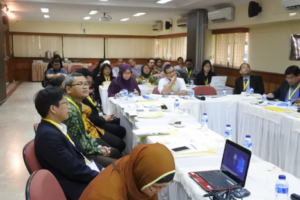 Friday, December 15, 2017, site visit conducted by AUN-SCUD delegates and CSID FTUI to Sentul City. This visit is a part of kickoff meeting which was held the day before in UI Depok.

Mr. Ricky Teh, Director of Development of Sentul City, gave comprehensive presentation on Sentul City and its sustainable development practice.

After the presentation, the delegates then were given a tour to see the premium residential cluster, AEON mall construction site, commercial area, and their water infrastructure management facilities. 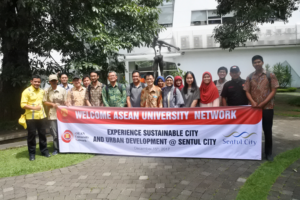 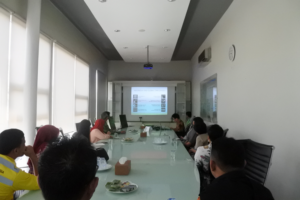 Presentation from Mr. Ricky The on Sentul City development

The tour ended with all the AUN-SCUD and CSID UI delegates lunch together with Sentul City management and development team in Ahpoong Floating Market.